Kandy is one of the most beautiful cities in the country, “the cultural capital” of Sri Lanka. The city was founded in the 14th century, it is located at 488 meters above sea level.  In Sinhalese Kanda means Mountain, the city is also called Maha Nuwara (Great City).

When the Portuguese colonists settled in the southwest and the northern coast of Sri Lanka (at the end of the 16th century), Sinhalese nobility founded the independent state in mountains with the capital in Kandy. The Kingdom of Kandy managed to keep its independence during Portuguese and Dutch rule. By the end of the 18th century Dutch possessions in Ceylon came under British control. On 2 March 1815 the Kandyan Convention between the nobility of the kingdom and the British agents was concluded. According to this convention British military officers got free access to Kandy and the Kandyan Kingdom became part of the British Empire.

Prices for the Kandy-tour, depending on the start-point of the tour

This price is valid for the group up to 7 people and includes transfer (comfortable minivan) and tour-guide services. You will only need to buy tickets to the Temple and other attractions.

– Visit to Ayurvedic and Spice Garden at Matale. We will see different types of Sri Lankan famous spices growing.  Ayurvedic experts will tell us about main medicinal and culinary properties of spices and herbs.

– Visits to Tea plantations and Tea factory. We will see tea production process, get acquainted with the main types of tea and we will also taste pure Ceylon tea.

2. While staying in Kandy we will visit:

– Temple of the Sacred Tooth Relic (Sri Dalada Maligawa) – the most venerated object of worship for Buddhists. The precious and powerful relic, tooth of the Lord Buddha attracts Buddhists from all over the world to the stunning 17th-century Temple of the Tooth.

– Museum of gemstones. Sri Lanka is known as Gem Island (Ratna-Dweepa in Sanskrit). The island has the highest density of gemstones deposits compared to its landmass. First of all the island is famous for the unique beauty of Ceylon sapphires. The largest blue sapphires in the world were found in Sri Lanka: the Star of Adam (the largest one, weight appr. 1400 carat), Blue Giant of the Orient (weight 466 carat), Logan Sapphire (weight 422,99 carats), Blue Belle of Asia (weight appr. 400 carat). Besides sapphires, Sri Lanka is also famous for other very beautiful gemstones, among them: ruby, garnet, moonstone, cat’s eye, spinel, topaz.

– Wood Factory   where we will see the skilled craftsmen at work and the big collection of wood sculptures and carvings. Sri Lankan handicrafts are made of high-quality ebony and teakwood and covered with natural varnishes  and natural paints (like bee honey, herbal and fruit extracts, plants juice etc.)

Kandy is a very beautiful city with its own “special spirit”, it is really different from all other Sri Lankan cities. Kandy – tour is one of the most interesting and impressive among numerous and various Sri Lanka tours. 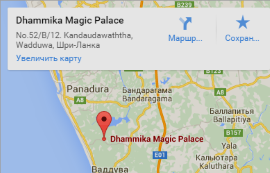